By Drew Dietsch | 2 weeks ago

Ah, Loki. The character that has probably proven to be the most interesting and complex of the Marvel Cinematic Universe villains. Thanks to Tom Hiddleston’s particular charm, acting choices, and the character’s all-around multi-faceted nature, the God of Mischief has survived multiple apparent deaths because audiences just can’t get enough of him. So when an entire series was announced that would center around him, fans were understandably excited. However, would the show be able to showcase a new angle to the well-worn Marvel baddie? And would it take place in a world that would be as equally interesting as the character himself?

If the premiere of Loki is any indication, things are on the right track. The first episode, “Glorious Purpose”, refreshes us on the status of this version of Tom Hiddleston’s super powered character. He escaped the clutches of the Avengers, but it turns out he is a Variant: a person who has strayed away from a predetermined Sacred Timeline that has to be preserved at all costs. As such, he is apprehended by the Time Variance Authority, an institution that polices and maintains the course of proper time. And it’s from here that we are introduced to Mobius M. Mobius (Owen Wilson), an investigator who is tracking a murderous Variant throughout time.

This all sets up a fun enough premise for Loki, but the most interesting elements come in other areas. First and foremost, Tom Hiddleston is given a ton to handle in this first episode. He essentially goes through an entire arc in that re-evaluates his total understanding of himself. It showcases how vital Tom Hiddleston has been to making this character so endearing. Loki’s arc here could have been enough to sustain a whole movie or series, but getting it out of the way in the first episode actually sets up a far more intriguing journey for the rest of the show.

Another way Loki delivers a lot to look forward to is the unique world it sets up with the Time Variance Authority. There is a decidedly retro ’70s look to so much of this branch of the multiverse that feels special in the often sleek, homogenous style choices of the Marvel Cinematic Universe. Wood paneling and blocky old tech is integrated into this ultra-powerful temporal agency in a charming way. Phase Four of the Marvel Cinematic Universe is choosing to color a little outside the lines with its style choices and it is extremely welcome in these wackier stories like WandaVision and the upcoming Doctor Strange in the Multiverse of Madness.

If there is one major criticism about this first episode of Loki, it is that there is so much setup required that it feels like this needed to be a two-part premiere. Granted, our initial introduction to the series does some great setup and asserts its tone and character in solid ways, but it’s such a hefty amount of it that there doesn’t leave a lot of room for a huge amount of forward momentum. These Disney+ Marvel shows are filmed like movie productions, and as we have seen with WandaVision and especially The Falcon and the Winter Soldier, they often feel better once the entire run has been released. And that is also the case here with Loki. The weekly release will mean the show commands a ton of social media conversation, but it might end up being the least favorable way to enjoy the show once all is said and done.

That said, “Glorious Purpose” recontextualizes Loki and sets him up for an interesting narrative. Joined by an always affable Owen Wilson, Tom Hiddleston is going to make watching this show an utter charm. Add to that the ever-expanding intricacies of the Marvel Cinematic Universe and our first real investigation into the multiverse, this looks like it will be a more breezy take on the oddness we saw in the darker WandaVision. This feels like our true plunge into the deep end of Marvel’s weirder alternate worlds and Tom Hiddleston feels like the perfect guide to lead us through some wild and wacky adventures. And if it means Loki ends up changing alliances and becoming a straightforward hero of sorts, it will show that anything at all can happen in the Marvel universe. 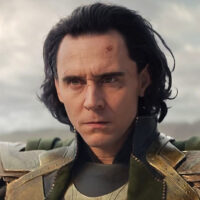 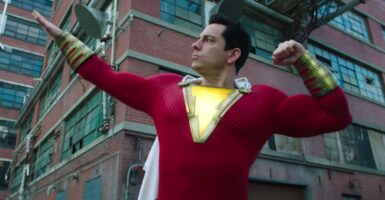 Sonic The Hedgehog Theme Park In The Works?

See Jessica Simpson Back In Her Dukes Of Hazzard Daisy Dukes

Dwayne Johnson Returning For A Sequel To One Of His Biggest Movies?

Megan Fox: What She’s Like Now And How She’s Coming Back